What your guy's "family", reveals about him...

Excerpt from: "Is he the one for you?"

Have you paid close attention to your guy's family? Family is God's idea, not man's. So, we have to look to God to understand the concept of family. Moreover, you should truly pray for discernment when it comes down to your guy's family. Doing so will ensure that you don't miss the "family matters" in his family.

Let's start at the top. Everyone has a father. What is your guy's father like? Was he married to the biological mother when they conceived your guy? Is he still married to her? If not, is he married at all? How many times has he been married? If he's been married multiple times, what type of women did he marry and divorce? Now here is an even better question? Are you like the women that his father married and divorced? Here's why this is so important: the father is the mold by which all children are cast. Though your guy may be good to you and like every little thing about you, he was cast from a specific mold. With that mold, comes specific faults and flaws. If his father married docile women and later divorced them, there is a high chance that your guy will do the same! Hard to accept I know, but still true. If his dad married strong-willed women; independent women that were able to take care of themselves, chances are he will follow the same pattern, eventually.

You want to pay close attention to the dynamics of his family. This is not something that your love or lovin' can fix. You are walking headlong into something that has already been pre-established. It is very unlikely that your presence will change the dynamics of their family. So, you must be prepared in advance to deal with that. If you choose to ignore the dynamics of his family, then you are overlooking blatant truths that would help you avoid devastation and chaos. And, help you answer the question "Is he the one for you?"

You might be saying, "Yeah but he's good to me!" Sister, that has nothing to do with the mold that he was cast from. For as much as it pains me to say, "Like father like son", this is true in most cases. So, this is vitally important for you to pay close attention to. 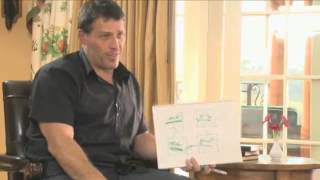 The Power of Belief

God doesn't call the perfect. He perfects The Called.

3 Ways THE WRONG Man can distract a Good Woman...from an Awesome Man.

What your guy's "family", reveals about him...

What The Father intended your LIFE to be

The Progression of LIFE

You Can't Believe Everything You Think

The Four Steps of Problem-Solving That Lead to YOUR VISION

The Power of Belief